The face in the mirror 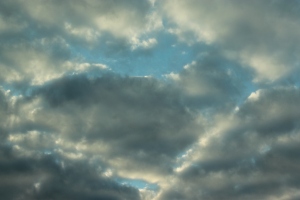 I had a dream about you the other night.  I was in my bathroom and when I looked into the mirror it was your face I saw.  You smiled at me then slowly your face faded into mine.

I related this dream to some of those people I trust.  I guess I could say I liked the dream, but that doesn’t really sound adequate.  I am finding that our language is very inadequate to describe a number of things I feel.

Language is strange stuff.  You knew that and your fascination and desire to study linguistics would come in handy right now for you to explain some things to me.

Some people prefer to think that the deceased hover around us aware of everything that is happening on some level.   My jewish friends believe that those who have died go back to be a part of God.   From what little bit I know about Shintoism they believe in a recycling effect.

I can’t explain what I believe except that I don’t have the confidence I used to have in my own ability to figure things out.  It is all jumbled up.

People keep wanting to explain it to me.  I know they need to catalogue all their ideas and feelings.  I know life is terrifying and unpredictable.   I understand the need to try and self-sooth.  My abilities fail me and unfortunately I see their attempts as exactly what they are – I used to use them too.

I’ve been reading the book “the Hidden Messages in Water”  – pretty ideas, but again human ideas nonetheless.   Masaru Emoto sees an analogy in the three states of water– liquid, solid and gas as being analogous to the Father, Son and Holy Spirit.   He talks about the roll of water in Christianity and other world religions.   It is a stretch for me right now.  But it is interesting.  Since the human body is primarily water he thinks that is the spirit of God in us.

There again, who knows, really?

I listened to a TED talk on NPR.  The speaker had been a participant in Biosphere.   One of her final statements concerning what she had learned there was to think about the world as being a huge recycling bin.   She talked about the fact that she was breathing in carbon atoms that may have belonged to her great great great grandparents.   In turn we were leaving carbon atoms for future generations to recycle.  So was that what I saw in the mirror?

Was my thinking about those things what made me see you and see that you are a part of me and I a part of you?  Is that all there is to it?

The fifth anniversary of the passing of my mother was a couple of Sunday’s ago.  Do I carry her in me too?  My dad too?   I certainly see my mother in my hands as arthritis takes hold of my little fingers.   I see myself and your dad in your sister.   Maybe that is all there is to it.

It has been a messy few weeks with the downstairs flooding.   I have been occupied with things that had to be done.   I know why your dad stays so busy – to fend off the terrible symptoms of grief that engulf the day so quickly.

Because there are no adequate words I can only say I long to see you, talk with you and feel your long arms around me.   I breath it out with each morning sigh and breath it in because of the autonomic responses and balance between the CO2 and Oxygen and some days that is all I can do.

I truly hope to get to see you again.

As long as I have life, I will love you and if love is eternal then we are bound eternally.

3 Responses to The face in the mirror