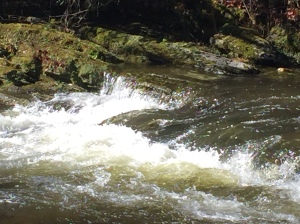 I always thought it odd when reading an obituary or when one was read at a funeral that “survivors” were listed. Survived by Uncle, Aunt, sister, brother, wife, husband, mother, daughter, father. The event that caused the end of the deceased’s life was either an illness or an accident and the ones still living were just . . . well . . . still living.

Here is the definition:

sur·vi·vor
sərˈvīvər/
noun
noun: survivor; plural noun: survivors
1 a person who survives, especially a person remaining alive after an event in which others have died.”the sole survivor of the massacre”
▪ the remainder of a group of people or things.”a survivor from last year’s team”
▪ a person who copes well with difficulties in their life.”she is a born survivor”

It never ever occurred to me what survivor meant until my son died.

My daughter survived cancer. That issue of survival I understood. Other children being treated for other cancers while she was in treatment did not survive. It made no sense. I saw the families of these children and they terrified me.

The fact that bad things could happen was made very clear to me. I got the message – no need for more information. But some how whoever is in charge did not get the memo. My son died.

Healthy, beautiful, smart, talented, funny and caustic – he fell from a height (that some have fallen from and lived) and broke his neck and died. We, my husband and daughter and I were listed as survivors.

Surviving does not mean flourishing or that you are unscathed or uninjured or even whole. It means the body is still functioning for the most part. Beyond that I am not sure you can grade or assess it.

This is what I imagine surviving looks like. I picture a person hanging on to a little white life preserver bobbing about in a thrashing sea. That’s me some days . Some days the wind dies down and the sun comes out and I can relax my grip a little but I’m still salty and wet and weary – surviving. It is a lot of work and to make things even harder the cheer leaders left on the bus long ago.

Friends and family want to think you are alright, better, doing well because they don’t want to think otherwise, just as I did not want to think otherwise all those years ago watching bereaved parents of cancer patients. I get it. But if you get the chance or notice someone out here paddling with me and the others on this sea – give us a wave and thumbs up now and then – we promise not to splash you.

Artist, Writer, Walking wounded.
View all posts by pathfinder →
This entry was posted in Coping with the Death of a Child. Bookmark the permalink.

2 Responses to Surviving the New Year