The season of reason 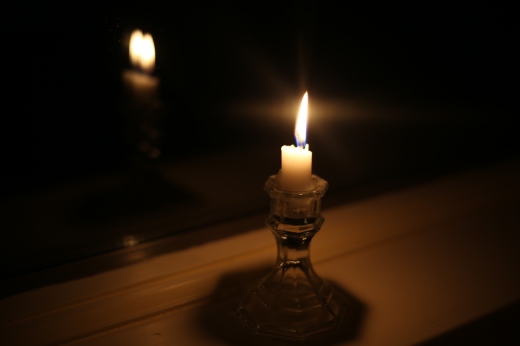 This is the 5th Christmas season since the death of our son. Something about the numbers five, ten, fifteen and twenty and the milestones they represent taunt those of us who continue to grieve, yearn for and miss our children.
During this year I have felt myself waking up. I don’t mean that I have literally been asleep but parts of me have been. I’ve had a difficult time paying attention in the past five years. There are things that have happened that are documented complete with photographs that startle me a little when I realize “When did we do that?”
One of the things that I have been unaware of is the political state of this country. My son would have kept me on my toes about that. He would have pointed to trends, warning signs and fallacies. He would have held me accountable and questioned my understanding of the issues. He would have been being vocal.
Given the state of things now, I expect he would be applying for citizenship elsewhere.
I am a bit ashamed that I have not honored him by continuing to be alert concerning these issues because though they do not effect him now, they do my daughter and my family and friends.
My son was not overly impressed by the outgoing president. He understood my joy when Mr. Obama was elected but he also understood there is no perfection in any man. I can’t begin to understand the complexity of being commander in chief. There are things in which Mr. Obama has a right to take pride and other things that will be laid as blame at his feet. It is true for every presidency.
I can’t write about my son or family any more without it being cast in the light of what is going on in Washington. I am not a part of a family who has made and inherited millions and billions of dollars so there is no chance for me to make a bid for public office. Even in the most public of arena’s I have a very small voice and very little sway.
I can ,however, go back to the things I learned in civics classes, sociology and philosophy. I can draw conclusions based on the premise that during all these years I have seen played out again and again. That is the premise that “past behavior is a predictor of future behavior.”
I won’t use this page to deride anyone.
I am disappointed in the things a large portion of our nation believes or at lease says they believe by the votes that they cast. I really thought that people had gotten past the color of a person’s skin. I witness that there has been little change in perception concerning gender and objectification of women. There is an oppression going on in places where it seems to be done because of entitlement which is a concept I have never understood. I worry about the environment and support efforts to preserve it – most recently by installing solar panels on our home. I know my son would like that.
I don’t understand the source of the anger that I feel and see. I have been taught that anger is a manifestation of fear. I can’t quench everyone’s fear but if there are words that can be said or things that can be done to help, I am willing to try.
My biggest fear was always that of loosing my children.
After my son died I was angry for a while. Angry at God, angry at the world for being so unaware of the pain of such loss. So you understand why when we are shown the brutality of loss day after day in the news it becomes easier to go back to sleep.
I can’t stop children from dying. Wars, disease, mistreatment, accidents and addictions take control away from us. Being unable to control is the one thing we as parents of loss understand and are frustrated by. Now there are people who are lining up to take active roles in making choices for us that we have no control over either. I truly hope though I doubt that all have good intentions.
So what can I wish for everyone (myself included) this season while many of us mark another year without our child?
I wish that we may stay informed and keep a level head.
I wish that we take nothing for granted, good or bad and that we search out the truth in all things.
I wish that we will take a good hard look at our neighbor and see how at the core we are very much alike and that if we believe in a Creator then we must accept that we were all created in His image- every nation, tribe and people.
I wish that though we cannot bring our children back that we can live a life that would, if they could or can see us, would make them proud.
I love my son and I miss his voice more than ever in this world that needs a voice of calm reason.

Artist, Writer, Walking wounded.
View all posts by pathfinder →
This entry was posted in Coping with the Death of a Child, Holidays, Memories. Bookmark the permalink.