What the day affords 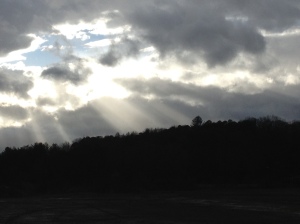 Are you able to help the way you feel? My mother used to say “I cannot help the way I feel.” I always thought that she meant that that applied only to her. She was allowed to behave any way she wanted to behave, blaming it on her feelings. You, however, were supposed to pull yourself together, take a good hard look at yourself, discard those parts of yourself that were unseemly.

Are we supposed to hide our feelings? Is it dangerous and does it put us at disadvantage to allow our feelings to be displayed? Is it like a tell at a poker game?

There has been a lot of attention paid to micro-expressions. The abundance of photographs of people in various situations has added to this study. Body language is a real thing. Yet I wonder how many people really bother to pay attention to it in themselves or in the person to whom they are talking.

I will blame my fascination on the fact that I am an artist and enjoy watching, collecting the postures and body language of others. Smiles that cross the mouth but do not light the eyes, arms crossed over the chest, a lifted eyebrow, a snarling lip are all there on display if for only a moment.

What does grief look like? How do we recognize someone else who carries that burden of pain? The wet blanketed look of the grieving or just someone down in the dumps?

In the initial stages it is pretty easy. I was the one who had not taken a shower or put on makeup. You could find me at 11:00 a.m. still wandering the house in my robe. There was a trail of tissues that you could follow to find me. My nose was red. My eyes were red.

Later I made myself get up, shower and dress. I even put on makeup knowing full well that by noon it would be gone. Moreover, I didn’t care that it was. I went out anyway. I ran errands and I faced people and almost defiantly waited for them to ask me if I was alright. I would have appreciated a good fight. But none came.

Either they were being polite, or, and this I suspect the truth, they did not notice.

If our grieving makes us tired, it wears other people out when it keeps going on and on as it does. Even the people closest to us struggle with our grief. Within a marriage each partner grieves at their own rate in their own way and sometimes the mismatch of these times is abrasive to the other partner. You are up when they are down and visa versa. You resent that the one time you are “feeling” okay, they are not and sit like a wet rag. It seems like extra weight to the burden. I think this must be the reason some couples part after the death of a child.

If we could just read each other better, would that help? Or would it make us so hyper aware that we would go out of our minds completely?

Yesterday, out of the blue, I was flooded by anger. Anger at the fact that life was continuing to go on. Anger that all of us eventually die. Anger that my son participated in such a dangerous sport. Anger at the absurdity of life, at the things we believe without adequate foundation and at the myths we hold on to that both bait us and cheer us. Anger at being taken for granted, for life not being what I thought it would be. Anger that my son is dead and that I cannot see him or hug him or talk to him or discuss this anger with him.
There was no one to take it out on, but the sheets I was trying to fold in the laundry room got a good thrashing. I eventually reined it all in. I did another load of laundry and I took the dogs downstairs and I painted. So I think in a way, I did “help” the way I felt. I gave it space and a name and I took a deep breath and I thought it through – if heatedly- though the sheets will never repeat what I said.

The terrible missing and yearning takes on epic proportions some days. It cast’s a shadow that is hard to get out from under. Trying to do so is the only help some days afford.

Artist, Writer, Walking wounded.
View all posts by pathfinder →
This entry was posted in anger, Coping with the Death of a Child, Death and tagged coping, coping with death, Grief Loss and Bereavement, loss, Mental health. Bookmark the permalink.